Transitioning from 11 to 14: Static Groups

This is part of a series I plan on doing about transitioning from Final Fantasy 11 into Final Fantasy 14. If you’re like me, you had your LS transition over too. It’ s a bumpy ride. I hope you’ll share your own experience in the comments below.

I played Final Fantasy 11 for quite a few years. Made some really good friends along the way. I’m currently dating someone I met 10 years ago playing the game. As the years went on we all eventually found our time to quit Final Fantasy 11. We went our separate ways, found new games to play, and others got with the baby making. Then, Final Fantasy 14: A Realm Reborn was announced. Months before beta we began showing up, one by one, on our old forums. We began to track down members that hadn’t shown up yet. We were still missing some, but the bulk of our core was back and excited about ARR. It was a time of happiness, reminiscing, and a naive belief that we could somehow have everything be the same as it once was. We were destined to fail.

ARR introduced a casual environment. Gone were the days of 18 man alliances, large open world events, and 60 man Dynamis. Gone were the days that we could do something as a large group, leaving no man behind. I still have hopes that ARR will enable this in the future, but it’s too late for some. Instead of alliance content ARR introduced the world of the “static.” With the week long lockout provided for the hardest content in the game it guaranteed to break and scatter larger groups. Once a static was successful in their efforts in Coil they could no longer share their experience with other statics or with the odd 2- 3 people out. Many felt left out, thrown to the wolves of the Duty Finder, shout parties, and Party Finder groups.

Static groups began to become cliquey. Often they refused to do Primals and other non-lock out content outside of their own static. Competition began. Instead of sharing strategies they were kept hidden away with the selfish need of being the first to beat it. We were broken. I watched the shell that stayed together for years crumble. A few quit the game. The biggest blow came as core members left to form their own FC, no longer wishing to associate with those that have not cleared the higher tiered content. They left without a thought, without a goodbye even. People that we searched for to play with again, gone. Vanished.

It’s not all their fault. SE created an MMO that’s not large group friendly. The lock out content they created was bound to segregate the community. I keep holding onto the thought that this game is still new. It still has time to add things that will cater to us old FFXI people with alliance content.

How did your FFXI linkshell survive the transition? If at all? 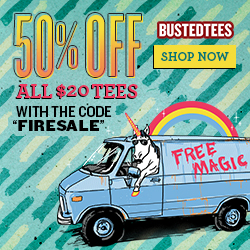 This site uses Akismet to reduce spam. Learn how your comment data is processed.

Crochet patterns, amigurumi, gaming, and more.
If you're a geek or have one close to your heart you'll love it here.
Hosted by GeekStorage* Theme by Salient*